During World War II, on the 2nd May 1945, two Air Force officers were killed when their Mosquito Mark VI fighter aircraft, on a test flight, caught fire and exploded mid-air over Petersham. The body of one of the pilots and parts of the wreckage landed on the grounds of the former Petersham West College and Petersham Girls High School (former).

For the 60th anniversary of the crash in 2005, TAFE NSW Petersham College held a special commemorative ceremony at the site of the crash to honour the memory of the two pilots.

The TAFE NSW Heritage Collection holds reproduced material of newspaper clippings and a dramatic eyewitness account of the tragedy. 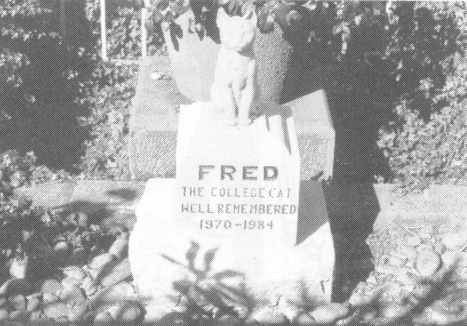 Fred the College cat - an oral history provides the background to the memorial dedicated to this remarkable and cherished cat. The memorial is located on campus. Below is an excerpt:

"When I first came here in the mid-1976 and part of my lock up run which is what we did in those days, we came and locked up a run of buildings which hasn’t changed. Fred the cat was the chief potentate of the building. He walked around with a swagger that no senior executive could emulate. He walked unchallenged throughout the College, but he also had his home in Building A... 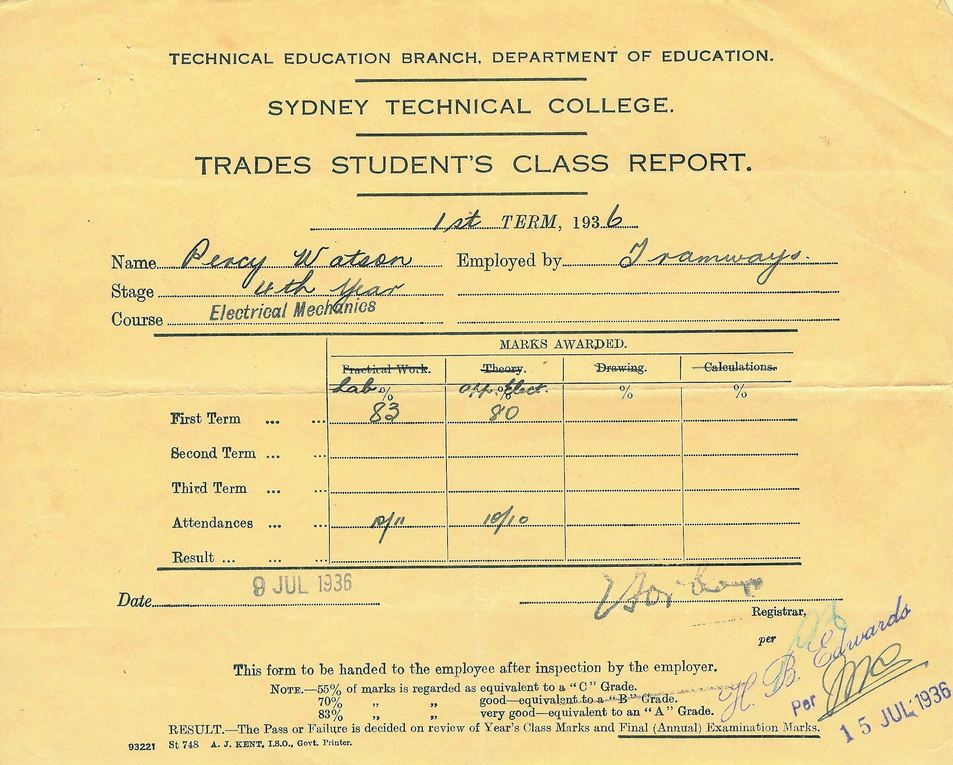 During World War I, Ruby Melville graduated as a teacher in dressmaking in 1914 from Sydney Technical College. On becoming a qualified teacher and dressmaker Ruby probably made the tough choice to work as long as she did not marry.

Below is a collection of Ruby Melville's material held in the TAFE NSW Heritage Collection and the University of Newcastle Cultural Collections.

A padlock, key (pictured) and a letter of apology were received in 2003 and eventually became part of the TAFE NSW Heritage Collection in 2007. The letter of apology was written by a Chemistry student who confessed he stole the padlock 30 years ago. Read more.